The definitive beginner’s guide to Riot Games’ auto battler Teamfight Tactics, covering everything you need to know to get started, from core fundamentals, all the way up to advanced tips and tricks to help you climb the ranks.

The Beginner’s Handbook for TFT is aimed to help new and existing players learn and improve at Teamfight Tactics. In three part guide series, we will go through the basics of the game and detail the fundamentals needed to get started in your TFT journey. Whether you have never heard of an auto battler, or are a newer player looking to climb the ranks, this guide will help you master the building blocks needed to climb

What is an Auto Battler?

Inspired by the board game Majong, Auto Battlers, sometimes referred to as Auto Chess, are a subgenre of strategy games in which players pick and choose units to build a roster, who then fight the rosters of opposing players, usually on a grid-style game board. Most games use a battle royale format, where players slowly eliminate each other until the last remaining player is crowned the winner. The genre initially gained traction through Dota Auto Chess, a fan-made game mode for Dota 2, and multiple developers soon released competing titles such as Dota Underlords, Hearthstone Battlegrounds, and Teamfight Tactics. While other competitors have seen varying degrees of success, upon release, Teamfight Tactics quickly rose up as the genre’s largest and most successful title.

What is Teamfight Tactics?

Teamfight Tactics colloquially referred to as TFT, is an Auto Battler released in 2019 by Riot Games, the studio behind the wildly successful League of Legends. Using champion and item assets from League of Legends, eight players buy units from a shared pool to form a lineup of champions, which they then position on hexagonal grids, before going to battle against the opposing players in a round-robin format. All players start with 100 health (Hyper Roll being an exception, where players start with 20 health) which decreases when players lose a round. Upon reaching zero health, players are eliminated, with the last remaining player being the winner. The game has balancing updates, usually every two weeks, to keep the game in a fair state. Major updates occur, on average, every three months, which see large changes being made that alter the fundamentals of the game. These major updates are known as ‘Sets’. Currently, the game has three modes; Standard Ranked and Normal, Hyper Roll, and Double up. 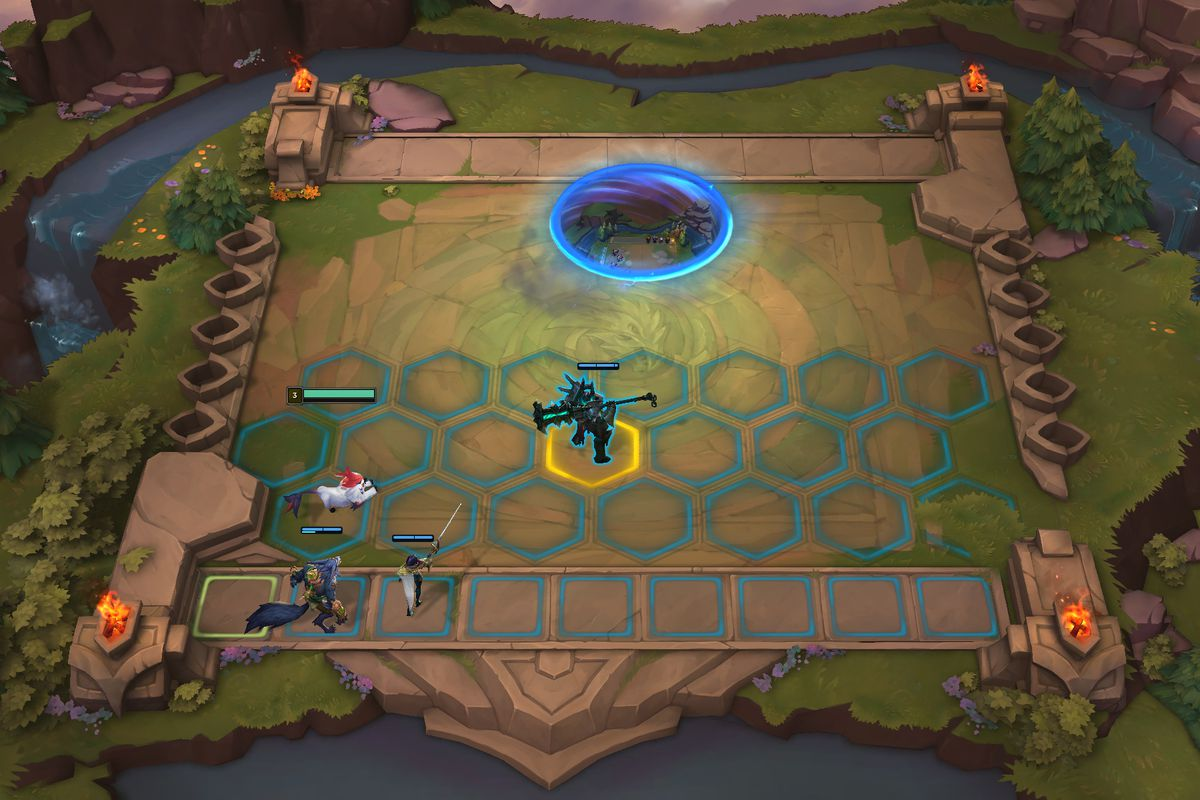 The fundamental gameplay of TFT centers around seven key resources that players must manage each stage and round; health, gold, units, traits, items, XP, and augments. Management of these resources impacts all aspects of the game, and ultimately, is what enables a player to succeed (or fail).

Each game of TFT is made up of stages and rounds. Each stage consists of seven rounds (stage one being an exception).

The fourth round of each stage has players partake in a carousel, during which two players at a time take turns selecting from a free rotation of champions holding random items, in order of health (lowest health players choose first, highest health players choose last). The last round of each stage sees players fight non-player-controlled (NPC) monsters who have a chance to drop gold, units, items, and other rewards (PvE). The other five rounds have players taking turns fighting each other in a round-robin system (PvP).

In Hyper Roll, there is only one carousel round at the start of the match and there are fewer rounds each stage.

In standard and Double Up, each player starts with 100 health. In each PvP round, players will fight one of the other players, with the winner dealing damage to the loser.

The amount of damage that a player takes depends on the stage and how many opposing units survived. In each stage, the damage that players take increases(Players take 150 damage at stage 8 as of 12.13). In Double Up, damage taken by a player is split evenly between themselves and their partner.

Generally, players aim to take as few losses as possible in order to maintain health, however in some cases, players may strategically trade health to gain an advantage in the future.

In Hyper Roll, each player starts with 20 health and takes a flat amount of damage per loss that increases each stage. 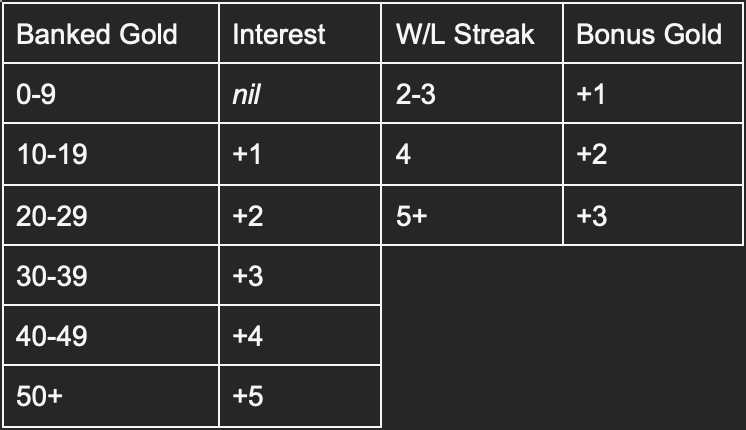 In PvP rounds, the winning player also receives one additional gold at the end of combat.

Start Stage 3-2 Player has 27 gold and wins a fourth consecutive round. How much gold at 3-3?

Start Stage 4-2 Player has 78 gold and wins the round after losing the previous round. How much gold at 4-3?

Start Stage 3-5 Player has 2 gold and loses a third consecutive round. How much gold at 3-6?

Units are the pieces that players use to fight each other. There are five tiers of units, with tier one units costing 1g, tier two units costing 2g, tier three costing 3g, tier four costing 4g, and tier five costing 5g. The power of units increases respectively according to their cost. In each round, players are presented with five random units in their shop they may choose to buy. Players buy units from a shared pool. There is a limited number of each champion in a given match. The champion pool decreases with each tier. The odds of hitting higher tier units increase with player levels. Players will need to push levels to get the highest tier champions. 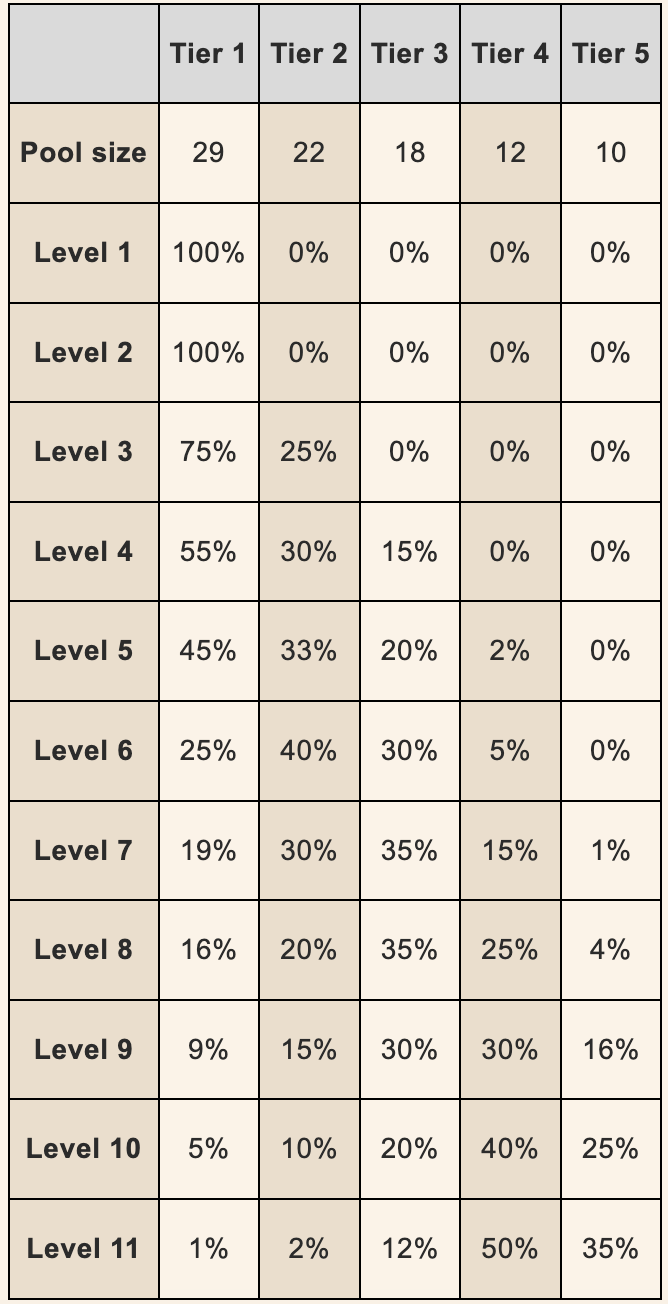 TFT sets usually have around 58 champions on average, with each champion having their own abilities and trait combinations.

Units generally fall into one of three categories; Tanks, Carries, and Supports, with some units able to flex into multiple roles.

Tanks are generally front-line units designed to soak as much damage as possible. Their abilities and trait synergies are usually designed to amplify their beefiness. Examples of tanks include Braum in Set 7.5 and Sejuani in Set 8.

Carries are your main damage dealers. Their abilities and trait synergies are usually designed to amplify their damage.  Most compositions will run one main carry with an optional secondary carry. Examples of carries include Rengar in Set 7.5 and Miss Fortune in Set 8.

Some units are able to fill multiple roles depending on the needs of the composition. Examples of units that provide the benefits of multiple roles include Idas in Set 7.5 (Tank + Buff) and Orianna in Set 6 (Carry + Support).

Each unit holds certain traits, usually two or three per unit. Each unit adds +1 to its respective trait. When a certain number of champions sharing a trait are active on a player’s board, the trait synergy effect will activate. Adding more units of a shared trait will generally increase these effects. These effects vary depending on the trait, and many traits are changed or removed each set. While this may seem difficult to keep track of, like champions, oftentimes traits fall into certain gameplay patterns and styles which keeps composition building somewhat intuitive.

Dragonmancer in Set 7.5 and Socialite in Set 6 both center on fielding a composition based around one heavily buffed primary carry.

Items and item components are obtained from the carousel and dropped from killed monsters in PvE rounds. They can be placed on units to provide bonus stats and active and/or passive bonuses to the holder. Items, like champions, generally fall into one of three categories; damage (AP, AD), tank (Health, Resistances), and Utility (Buffs, Utility Effects).

There are nine unique components in TFT. Components only provide the holder with minor stat increases and no additional effects. When two components are placed on a unit, they combine to form a full item. Units can normally hold three items. These items provide bonus active and/or passive effects to the holder.

For example, B.F. Sword as a component provides the holder with +10 Attack Damage (AD). When B.F. Sword is combined with a Tear of the Goddess, the resulting item is Spear of Shojin, which grants the holder 20 bonus Ability Power (AP) and provides bonus mana when attacking.

Items can greatly amplify the strength of units and different combinations of items on units can create powerful effects. 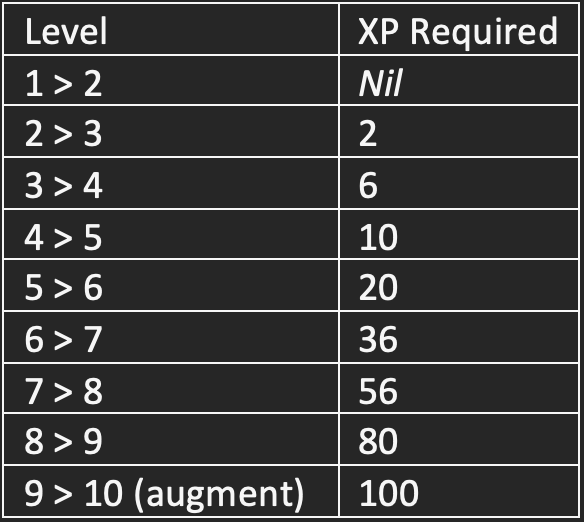 First added in Set 6, augments are permanent effects given to players. As of Set 7.5, players choose between one of three augments at stages 2-1, 3-2, and 4-2. Players may also choose to reroll their choice of augments once per game. There are three tiers of Augments; Silver, Gold, and Prismatic. Higher tier augments generally provide more impactful effects. Augments usually either impact combat or economy.

Now that you have learned and are comfortable with the core basics TFT, in parts 2 and 3 of this guide we will go in depth on the fundamentals that you need to get started in your climb.

On behalf of myself and the team at TFTGuides, I hope this guide has been informative. I’d love to hear your thoughts on this guide and what you guys are interested in learning about next.

Good luck on the ladder