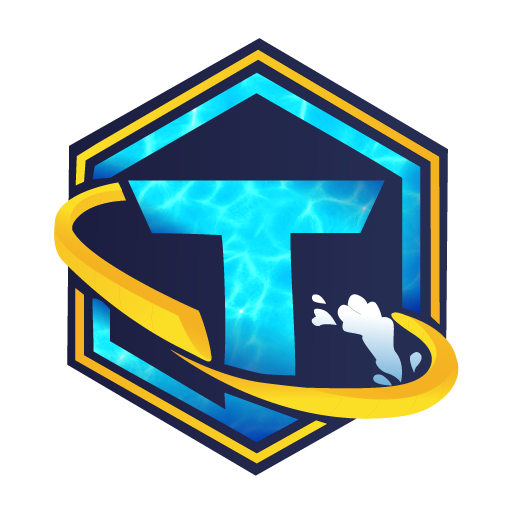 Used to describe a certain play or play style. Playing ‘aggressive’ means making riskier plays for better potential rewards. Often this means having a higher tempo, using up more resources to build an advantage now and capitalizing on that momentum to carry you.

Often the unit that does the most damage and is itemized. They are often the most important unit in your comp and should be protected.

AD-carries are units that deal physical damage, AP-carries deal magic damage, Hybrid/Mixed-carries do both, AS-carries scale off attack speed, etc… There can also be Tank-carries, Support-carries and Summon-carries. They can be considered carries if the role they play is what keeps the comp functioning.

Ex. Mecha Sett from Set 8 can be considered a tank-carry, Enchanter Lulu from set 6 was considered a support-carry in the ‘redemption’ comp and Nomsy from set 7 could be a summon-carry under the right circumstances.

Tempo refers to the ‘momentum’ of the game and is controlled through the consumption of resources.

Units, gold, HP, time, items and augments are all resources. ‘Using’ more of these resources raises the tempo of the lobby and conserving resources lowers the tempo.

Ex. If a player spends resources to establish a stronger board the rest of the lobby is forced to spend their own resources one way or another -either by making their own boards stronger or by taking player damage.

Forgoing a safe play to gamble for a better position.

The hex one left/right from the corner. Named due to it being the most common placement for your back line carries. Originated from Set 6 when the socialite square would appear on the ‘God Hex’ -because it was the perfect place to place your carry without worrying about enemy hooks and still receiving the Socialite buffs while often never needing to reposition once due to the benefits of the hex outweighed the downsides of being positioned against.

A ghost (also known as clone) is a copy of a board that gets created when there is an odd number of opponent’s left to make up for the missing match up.

Ghost boards are significantly weaker at the moment due them not being able to copy certain aspects such as certain augments, traits and abilities. You also take less player damage against a ghost board as you only take damage from units still alive and not the stage damage. A tie with a ghost board in overtime also results in 0 player damage.

Essentially ‘waiting’ a turn. Regardless of the outcome it makes little to no impact on your game plan or placement.

Rolling for a 3* unit. Reroll comps use 1 or more 3* units as their carry.

Ex. Sett Reroll is a comp where you 3* Sett.

Buying levels until you only have 2 exp left needed until the next level. This enables your next natural shop to have the higher level shop odds at the start of your next turn.

Buying exp without losing interest gold, usually to save time for the next round. You should never pump levels unless you’re sure you don’t need to roll on your current level.

Acronym for ‘Best in Slot’. The best 3-item combination that a unit could hold in a given situation.

Ex. Jhin’s BIS is Infinity Edge, Last Whisper and Giantslayer but if there are a lot of Assassin’s in your lobby Edge of Night or Bloodthirstier can be BIS.

A course or plan of action that is favourable or achievable

A hyperbole with several meanings; usually used to describe something of low value

More commonly known as ‘CC’. Stunning, manareaves and slows are all examples of CC. Having CC options in your comp is a key factor in building a strong late-game board.

Ex. Neeko is really good at CC’ing the front line

20 of the last 20 games in match history. Sometimes used to exaggerate.

Ex. Finding an early 4-cost carry at Stage 3 is a highroll, rotating into the player who found the 5-cost is a lowroll.

Selling units on your board without having replacements to put in. Open selling is only done to allow more time during a full or big transition. You should be confident in your chances of hitting your replacement units or risk taking a heavy loss.

The next unit that’s going to be played in your comp the moment you level up. Commonly you do not sell your next-in to reach an econ interval as it cost more to roll down to find it again than to keep it.

Vertical comp refers to a trait synergy with a high number such as ‘9 Tempest’ while horizontal comps refer to multiple lower number synergies such as ‘2 Scrap, 2 Bodyguard, 2 Snipers, 2 Enchanters and 2 Clockwork’.

In most cases horizontal comps are stronger, more well-rounded and harder to play while vertical comps just require you to pick one trait to stack up as high as you can making them usually weaker to play without outside circumstances such as an emblem or augment or in some cases, a poorly balanced patch or set.

‘Solo front lining’ a unit is when you place a singular unit by themselves in the front line. This can be done for many reasons with the most common being too maximize the value of ‘Gargoyles Stoneplate’ -an item that grants more stats the more enemies are targeting him. Putting a unit alone in the front almost always ensures they receive the most amount of targeting increasing it’s defences.

There are other niche uses such as when you need to clump your entire team for whatever reason and you want to ‘solo font line’ one of your units to act as a bait to draw ‘aggro’ away from your clump.

The variable you need to win. This can come in many forms whether it be hitting a 3* unit, going to level 9, dodging a shroud/zephyr, preventing a player from hitting their upgrades or allowing another player to take out a board you yourself cannot defeat.

Making plays that either result in a 1st place or a 8th place.

Ex. Taking a spatula that you can’t use at all, in hopes you get another one somehow to create a FON.

Mortdog is the head developer of TFT. Anything bad that happens in your game is entirely Mortdogs fault and you played perfectly.

Ex. “This game was a first if I didn’t get mortdogged”

Trading wins. When a player purposely performs an action to help another player win they are ‘Win-Trading’. This is a heavily frowned upon action and may even lead to actions taken against your account. In a 1v1 against a popular streamer some players may sell their board to purposely give the streamer a win.

Most often the term is used to mock some one who makes a missplay.

Ex. “Why is he positioned so poorly against me like that? Is he win-trading?”

Short for intentionally losing. Often used to exaggerate the reasoning behind a missplay.

A player who has trouble with the simple things in life, like being a decent person.

Ex. “No I will not date an Astral Toggler”

No matter how bad or risky you play it works out due to dumb luck.

Ex. Forgetting to switch sides to dodge the Shroud of Stillness that covers your entire team. It turns out your opponent mistook you for a good player and switched the Shroud to the other side anticipating your last second swap but instead he missed your entire team. Never punished.

A reference to when the NBA played their playoffs at Walt Disney World during the covid-19 epidemic. This event sparked claims that the competition was much weaker in the ‘NBA Bubble’ and undermined the achievements of Lebron James and his Laker’s when they won the NBA finals.

An insult used to describe an easier playing field. ‘Disneyland Water Park’ is the devastating sequel to the insult followed by the ‘Disneyland Parking Lot’.

Ex. “You’re only a Challenger because you’re playing in a Disneyland region”

Spatula. Often used in conjunction with another word to describe a specific Emblem.

Refers to the ‘Tactician’s Crown’. Before Set 6 the crown was named ‘Force of Nature’ and is why it’s still called FON by most players.

Acronym for ‘Area of Effect’. The ‘effect’ takes place in an area rather than a singular target or hex. Any unit in that area will succumb to whatever the nature of the effect is, whether it be damage, a debuff or healing.

Attack Damage. Refers to the amount of damage a unit will do with their Auto -Attack.

Ability Power. Refers to the amount of damage a unit will do with their Spell.